Trevor Boffone’s work using TikTok with his students has been featured on Good Morning America, ABC News, Inside Edition, and Access Hollywood, among numerous national media platforms. He is the author of Renegades: Digital Dance Cultures from Dubsmash to TikTok and editor of TikTok Cultures in the United States.

On June 20, 2020, a group of teenagers foiled Donald Trump’s campaign rally in Tulsa, Oklahoma. These teenagers harnessed the power of social media to inundate the official rally registration portal with thousands of fake entries. While the Trump campaign planned for a crowd that was set to spill into the streets surrounding the BOK Center, they were met with a much different reality. Roughly 6,000 attendees showed up, far below the supposed “one million” people who reserved tickets.

Notably, these teens used TikTok virality to encourage other users to reserve Trump rally tickets and, ultimately, ensured the event would become the laughing stock of social media. Despite TikTok teenagers historically trolling the President of the United States, TikTok still has its cynics who see little value in the ever-growing social media platform, thinking “it’s just TikTok.”

Because TikTok has been so closely associated with Generation Z, the platform has been routinely dismissed by adults. These adults-turned-naysayers refuse to acknowledge the cultural impact of the space and see it as little more than frivolous child’s play.

To these detractors, youth culture and digital culture, much less the combination of the two, do not matter. This dismissal is at odds with how TikTok has influenced popular culture and offline aspects in our daily lives. Walk into any grocery store, turn on the radio, or go shopping at the mall, and you will quickly see that TikTok is not just online.

Dismiss it at your own peril.

TikTok’s content is incredibly varied with its dancing videos, #WitchTok, #BookTok reviews, #JewTok content combatting antisemitism, Black Lives Matter protests, and #OKBoomer jokes. TikTok features a notoriously mysterious algorithm that gives each user a personally-curated and infinitely scrollable stream of content designed to entertain and provoke and to encourage spending more time on the app. Indeed, it’s no secret that TikTok is one of the most addicting digital platforms in 2022.

Since its beginnings in the United States, TikTok has had a primarily young user-base, often credited to the fact that ByteDance acquired the video app Musical.ly and merged it with TikTok, folding Musical.ly creators into the newfound TikTok community. TikTok quickly became a virtual playground for teenagers and for other members of Generation Z.

From August 2018 to March 2020, TikTok in the United States became the most important social media platform for Gen Z, beating out other popular apps like Instagram and Snapchat. During this time, Gen Z established the cultural norms and aesthetics of TikTok, which continue today even as the app fosters a user-base that spans all generations.

Since teenagers dominated the space in its early years, it is easy for adults to dismiss it as trivial and pointless, despite the complex culture-making taking place.

As scholars such as Melanie Kennedy and I have recognized, TikTok is the seemingly polar opposite of the filtered aesthetic of Millennials’ Instagram. Rather, TikTok is a space for authenticity (as well as the illusion of authenticity). TikTok features silly aesthetics, idiosyncratic humor, and unfiltered looks into its user-base’s often chaotic and messy lives. TikTok feels off-the-cuff, whereas Instagram feels well-calculated. These qualities coupled with the possibility that any post and anyone can go viral make TikTok an especially exciting space for today’s social media addicts.

Because teenagers rule TikTok, adults—especially those “not” on TikTok—often disregard the platform as irrelevant childsplay. To them, TikTok isn’t a site of meaning-making, identity formation, and community building. It’s mindless entertainment with no stakes in the “real world.” 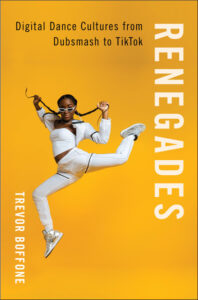 As I wrote in Renegades: Digital Dance Cultures from Dubsmash to TikTok, adults dismissing youth culture isn’t new. There’s a legacy of adults that refuse to acknowledge that young people are often at the forefront of societal shifts. Whether it’s fashion, music, or language, young people push culture forward. They are quick to adapt. We Millennials, Gen X, Boomers, and the like are slow to change and don’t want to catch up to the times.

Other TikTok critics point to the rise of digital technologies as something that promotes an unhealthy obsession with going viral and, ultimately, fame. Some point to the dangerous habit of TikTokers self-diagnosing ADHD, autism, and mental health disorders. Moreover, there are concerns about potential data harvesting and security issues on TikTok. Despite these valid critiques, TikTok is a fundamental site of youth identity formation today.

It would be a misconception to only see the negative and dismiss the positive world-making that takes place on TikTok.

Media studies scholar Andreas Schellewald situates TikTok videos as “complex, cultural artifacts,” rather than random pieces of short-form entertainment. Indeed, any collection of TikTok videos around a specific topic can tell us quite a lot about a community, from passing trends to newly-established cultural mores. 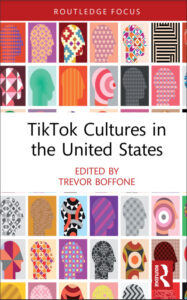 By engaging with TikTok, users young and old further fashion their identities. In the introduction to my edited collection, TikTok Cultures in the United States, I frame TikTok trends as “identity blueprints” that we use to mold our behaviors and shape our identities. Engaging with TikTokian identity blueprints happens in both active and passive ways. On the one hand, by creating and mimicking an existing trend, TikTokers quite literally “try on” parts of their identity as they perform for a digital audience. On the other hand, even if a TikTok user never post a video and simply scroll the app, they are still engaging with the platform and curating an algorithmic feed perfectly suited to their identity and interests.

In both instances—active and passive—TikTokers further cement their identities, which, of course, spill offline. This is why Barnes & Noble stores have an “As Seen on #BookTok” table. It’s why the Billboard Hot 100 is filled with trending songs on TikTok. It’s why Donald Trump’s 2020 Tulsa Rally was a flop.

The platform also is a powerful educational tool where TikTokers can learn a wide assortment of things from new languages to complicated math equations. TikTok has even become a commercially viable space where creators’ livelihoods depend on TikTok fame.

These examples are the nuanced ways that these supposedly frivolous cultural artifacts that “don’t matter” do, in fact, influence offline culture. While there may have been a time during which adults could easily say, “It’s just TikTok,” we no longer live in that world. TikTok is here to stay and has far-reaching influence.

Trevor Boffone’s work using TikTok with his students has been featured on Good Morning America, ABC News, Inside Edition, and Access Hollywood, among numerous national media platforms. He is the author of Renegades: Digital Dance Cultures from Dubsmash to TikTok and editor of TikTok Cultures in the United States.

Art by Michelle Huang. Michelle read this piece and designed an original painting for Conceptions Review. Michelle is an artist from Sugar Land, Texas, now based out of New York, New York. She specializes in oil painting, known for her expressionist style in both figurative and abstract work. Her website is https://mhuangart.com.

Launched in March 2021, Conceptions Review is interested in the ideas people have about society and the consequences of these ideas. We seek accessible and standalone articles about conception-bending ideas and popular misconceptions. We are open to fields ranging from musicology to history to mathematics to insectology and everything in between.

No, It Wasn’t an Apple